In the Old Norse mythology of my ancestors,
Idun holds as high a place of importance as any,
though few people now know why.
She both owned and dispensed the fruits
that imparted immortality to the gods of Asgard.
Without Idun, the gods would no longer sustain
never ending life and power.

How appropriate, then, that she was also the wife
of Bragi, court poet and minstrel who chronicled
the lives of the gods. For the Norse,
writing also imparted a form of immortality.
Their Viking descendants were known to leave
ancient graffiti, secret carvings depicting
their runic names in places that might never be seen.

A Viking father of long ago inscribed a standing
stone with spiraling runes describing the life
of his deceased son and his valiant death in battle
in the hope that by so doing, his son might never
actually die. We speak of him still, and so still he lives.
And now here I sit, a sister to Idun and Bragi, scribbling my name,
staking my claim, to a longed for form of immortality.

Death, divorce, desertion, depression,
name your disaster and I’ve had it.

Childhood abuse led to adulthood abuse,
and a widening chasm in my first marriage
became the demilitarized zone
that began with the death of a baby.

Depression spiraled year upon year,
further and further down until
hitting rock bottom would have been a relief.

Near suicide after the discovery of a cheating spouse
was averted by the almost unbearably sweet intervention
of my chubby toddler child, cuddling close, patting my cheek
and crooning “No sad, mama, no sad.”

Through it all, one disaster, one heartache,
one agonizing pain after another,
one thing held true, one thing sustained me.

Writing saved me, pulled me up and out of myself,
purged the sickness that plagued my soul,
and quenched the flames that ultimately annealed my character.

I came through more flexible and strong, more open and ready
for the advent of real love. Had I not suffered, not bled, not written
through it all, I would not have the strength, the love, I have now.

Our family is a Viking horde,
descended from hardy Swedes and Norwegians
amid a colorful range of other backgrounds.

Fifty to one hundred people we consider family
have gathered together around a pool every 4th of July
thirty-six of the last thirty-seven years, excluding 2020.

Coming together every year and reacquainting ourselves
with each other’s lives is a renewal to me, a touchstone
for my at times lonely heart to caress.

Some years I haven’t personally attended, some years others could not,
but when we did, the connection sustained.
Losing even the option to gather in 2020 was devastating.

Our family’s personal diaspora from its beginnings in Indiana,
our travels to far corners of the world continues in each passing year,
but always we return, strengthened, and look forward to the future together.

Ode to a Golden

I cannot have a bad day when Rosemary is around.
Dancin’ Rosie, Rosie the Nosy,
golden Rosie make me smile
until my cheeks ache,
sides hurt,
and happy tears stream down my face,
because love grows where my Rosemary goes.*

Oh, I love my Rosie child,**
tappy toes, happy Rose
as she wriggles and shimmies
from one pack member to the next,
grinning her doggy grin.
Rose gold, lovely,
furry, funny baby:
life is better with you in it.

*line from the song Love Grows Where My Rosemary Goes, by Edison Lighthouse
**line from Cracklin’ Rosie, by Neil Diamond 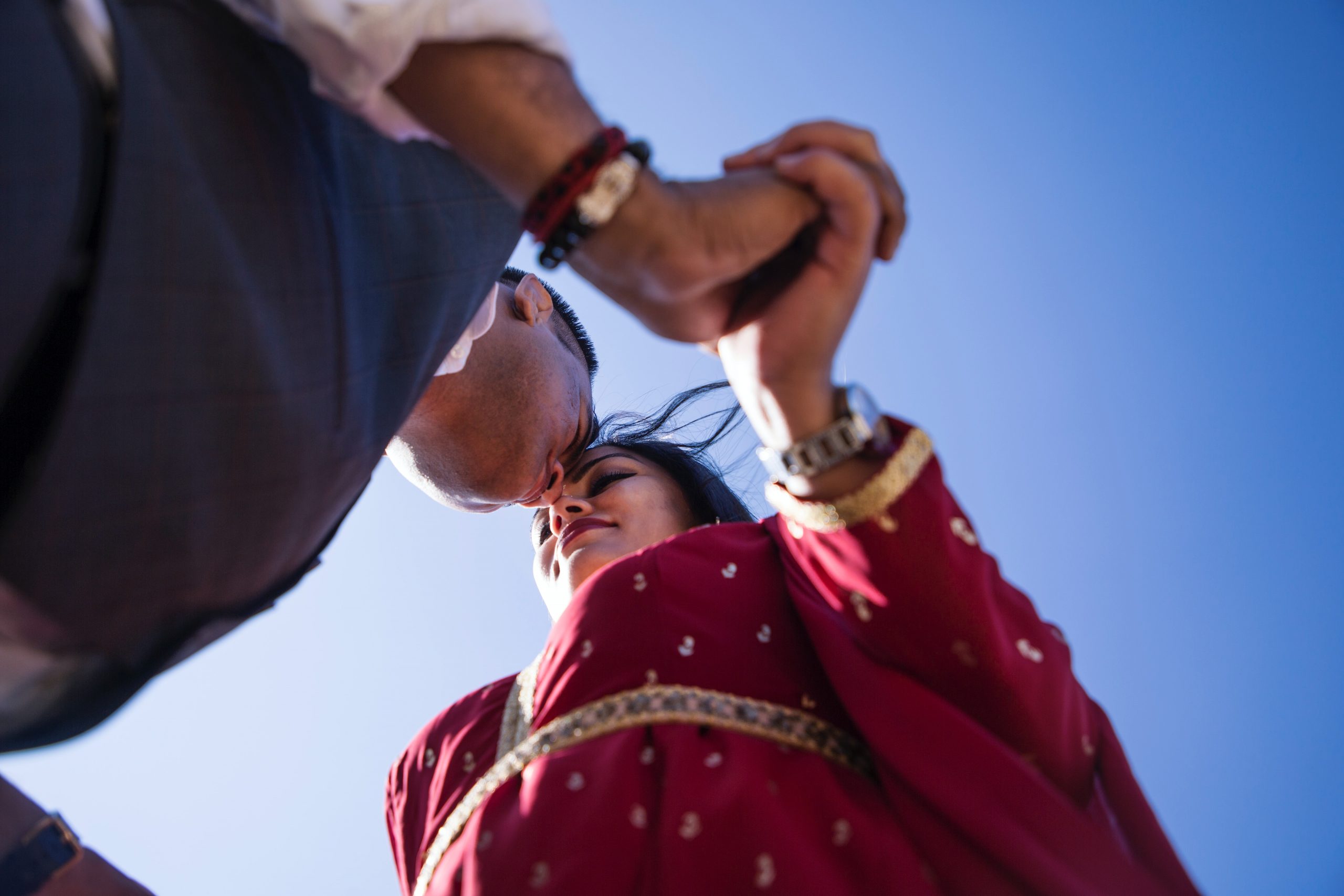 I was a rambler as a child in the summer,
outside dawn to dusk with a sandwich and a book,
maybe a friend or two, a thistledown seed on the wind.

If nothing sweet was in the house, no candy or cookies around,
I would take from the cupboard a packet or two of winter’s
leftover cocoa mix on my meandering travels.

When the need for sweets would hit, I’d tear off a corner,
lick a finger, and coat it in sweet brown crystals
until the packet was empty, bonus points if it had mini marshmallows.

If even old cocoa wasn’t available, a friend and I would raid our homes
and pool loose change to buy nickel candy at the local IGA,
an ice cream or two if we were particularly lucky.

Looking at my grandson’s cocoa in the kitchen pantry, I realize
what an idyllic childhood my parents gave me, what trust they bestowed,
merely by allowing me the freedom to be alone.

My adult womanly existence is flush with the full moon,
a Super Moon when closest to my earthly focus, my love,
a Micro Moon when distant, tiny and dull in the dark.

Wolves keened my loneliness in the cold Wolf Moon,
the Snow Moon marked my February birth.

Blue Moon, you marked my sons’ entrances into the world,
and the Pink Moon of soft Spring gave both life and death to my twin girls.

Strawberry Moon, I thought I would forever be fertile, vibrant,
my adult womanly existence flush with the full moon.

Blood on the moon radiated red, brought forth the death of first love,
but the Buck Moon gifted a richer love in the full flush of summer,
the Corn Moon’s crop harvest gave me his heart.

Frost Moon, I am waning, my woman’s blood drying.
Long Nights Moon, one night soon, I will lay me down.

Six years in the desert of southwest Texas
gave me a new appreciation for seasonal change,
anchoring my soul and body to time and place
in a manner missing for those half dozen years.

Three years since my return, and my gardens
and knowledge are growing apace with one another,
layer by yearly layer.
Fruit trees that were mere twigs are now bearing
for my family, providing present and future sustenance.

I am rooted within the rich soil, rejoicing
in each rainfall in its time, each snowfall
while the gardens slumber.
Every year brings new projects, new experimental
beds and plants, cultivating harmonious growth.

The world at large may be chaotic still,
but here in this secret garden I am at peace. 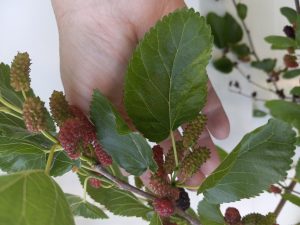 It’s been twenty-two years since I last saw you,
but I want you to know I think of you often.
I’ve tried to nudge events from this side
to help you and the family, and I’d like to think I have.
Your guardian angels are exhausted, by the way.

Tell your Mom I love her, and we’re all here,
including the uncle that named her, my brother
that was listed as missing from Pearl Harbor all those years ago,
blown off course in his plane, just as we thought.
Tell your Dad his parents are very proud of him, too.

I didn’t think that first marriage of yours would last,
and I’m glad I was right. What, I still speak my mind!
He was cruel to you, always bullying and pushing.
You found your spine and your real love.
I like this one.

Tell all three kids I wish I could have known them longer;
they were so little they probably don’t remember me much at all.
I love your idea to plant purple Shirley tulips in my remembrance;
have the kids help you when you do.
I get to see a whole field of them whenever I want now.

I see you’re a writer; I told your Mom you could!
Maybe if this letter gets to you, you can write about it.
Don’t be in a hurry to get here, but don’t fear getting here either.
All my love,
Grandma, the former Shirley Erck

An oak a century older than my home
peered sternly over the rooftop at me
as my steps meandered up the front pavement,
past the last sunflower not stolen by squirrels
in my dooryard garden.

I stepped through the front door
and hung my writing satchel
on a convenient nail,
inordinately pleased to be enfolded
in my space once more.

With my son’s mulberry wine in a wineglass
and cheddar cheese on a plate at my elbow,
I settled down with a new hardback
and the evening’s knitting at my feet,
content at the end of another day.*