The moonlight reflecting off the glassy lake surface shines light on her breastbone.  Instinctively, she panics, out of habit, nothing more.

She lies her head back on her blanket as she looks at the stars.

And he watches her, in all her glory, shine brightest of all.

Who hosts a dinner each Friday night,

expecting her daughter to keep quiet?

which grandmother, mother, granddaughter do I

run to when I need an escape from my life?

Whose blood is comprised of mostly coffee?

Who has a best friend whose stove caught on fire?

And who has a roommate who attacks if you surprise her?

Who takes a teen mag quiz, finds out he’s an Autumn?

Who takes his daughter’s fiancée out golfing?

Who has a fiancée who won’t stop talking

about her eating junk food, but he’s kinda joshin?

Who will delight us with magic again soon?

What little town will we see under the moon?

We’ve got winter, and spring, and summer, and fall,

and back to Stars Hollow we’ll go, one and all.

To commemorate such a momentous occasion

we must make sure we show our extreme elation!

To everyone out there, to every nation!

Can you tell me the family of whom I’m singing praises?

Oy with the poodles, already!  I say.

Let’s all get ready for Gilmore revival day!

Why?  Because it’s the Gilmores!

I live a quiet life.

I’m a mostly quiet wife in a necessarily quiet house –

I’d rather be alone than in a group,

I operate better that way.

but that’s the tricky part.

the voices in my head —

a record that never stops playing, although the voices vary in nature.

In my quest for quietness,

In my search for solitude,

But they found me.

sometimes you can be a writer;

sometimes, you just need to be.

And even though I prefer all things even

–inherent beauty lies in the even–

rather, someone, all the time,

when it comes to an odd-word-phrase,

gets a free pass.

a trademark oddphrase, living in my heart and voicemail archives,

recordings can never be deleted.

If I delete, I’ll relive.

–the loss of life pain–

remembering further darkens the ravine in my soul.

A loss only experienced once you can no longer enjoy the company of another, of one so lovefull, of one who seems an extension of yourself,

–remembering is not always kind–

and always, when I remember, something just feels… 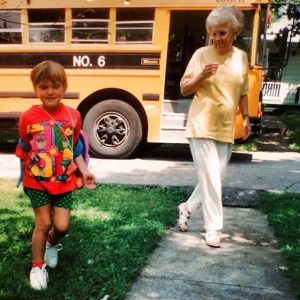 “Evolution has no place in Christianity.”

Oh how many times I’ve had that said to me!

But here’s the thing, stick around, you’ll see–

I’m living proof they coexist even inside a single being.

or 65 million billion years, or any other claims there are.

and I don’t know about you, but my life has been rearranged.

Likely rearranged, changed, more times than can be counted,

but the rate at which I change shows evolving can’t be doubted.

At least not in the sense of personal growth.

I survey all my years on earth and realize I owe

so much more praise and worship to the God above, the one who holds

my life in His hands. I ask Him to illuminate my path, show me where to go.

Show me what to do, give me direction but no Rand McNally atlas.

I’m so thankful for His grace even though I know I deserve much less.

But that’s the quest – or question I guess:

Are you willing to hear and receive the answer?  Willing to accept forgiveness?

That decision alone is the difference between life or death.

The ability to make a choice is revolutionary, but I digress.

Since we can change our minds at any time it’s evolutionary at its best.

So if you ask me if evolution exists in Christianity,

I only need agree with me,

When you can’t think of what to write, just

eventually the word will embody a different meaning,

Then, may you write.

Why do we call it warfare when war is anything but fair?

Why do we call it a funeral when it’s anything but fun?

Why do we get to ask these questions?

Cacophony runs free from mouths of children, liberally testing the acceptable usage of the ever-elusive outside voice, demonstrating its voraciousness and enthusiasm, un-eagerly awaiting the end of a two-month utopia.

5am ear-splitting rings reverberate as an automated voice on the other end of the line yells those words.  Magic is found in the of laughter and the squeals of joy.  The world is silent, the hearts of children are exploding with audible glee.  Snow day.

The flutter of chirps and wings abounds.  At times too early, at times inciting hope and a chance for renewal.  For rejuvenation.  A new season.  And new day.  Sing your song. 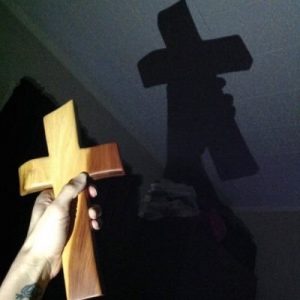