When he said War is all hell,

That was his heart’s truth

Maddened by the carnage

And the gadfly press

He sank into morbid thoughts

and shrank from command

Until a rough-hewn tanner’s son

Dissolving his discomfit in drink

Reached out his hand

Offering the other security

And the will to win

Once scorned by the world

They raised each other up

And the nation to blood-soaked

Each knew that the other

Made him more than

what he was before

Last 4 lines taken from Grant and Sherman: The Friendship that Won the Civil War, by Charles Bracelen Flood

We make our mark

in glass and concrete

Stifle the world with steel

We pave and press

Our stones into the

For millennia we toil

Because we know, deep

In our fragile, furious hearts

The only sound I listen to

Is the clank and the

of the L as it lumbers

above the gray, steaming

There’s nothing to see through

the window that weeps

of condensation as I

drink the hot sludge they call

and wait for the world to

be worth my while

happens so I drop a five on

the table for the faded

Hustling tables and I

tell her she should keep the

The joy of emergence! A

month is a lifetime

For any other feelings when he took me
Out to the lake that night. Through the canopy of trees,
The full moon illuminated the planes of his face
I thought, oh finally  when he pulled his shirt over his head
I longed for the courage to trace the line of his clavicle,
His breastbone, to caress his chest–
But I didn’t dare.
Unbuckled his belt, then the leather swish

The musical jangle as his jeans hit the ground
And his body was bared
To me. So great was my desire
That I felt no panic when he, bathed in moonlight,
Split his false skin, shucked it off and
Showed me who he really was.

I didn’t even scream
At the sight of his full glory.

I was a simple man

of the lambs at the slaughter

So much largesse, the earth

Generous in her gifts

bounteous fruits, ripe and round

as a mother’s bosom.

My brother–he was the brute in his

dominion over the animals.

He was the first professional killer.

Funny how no one remembers that.

All my years of labor, bent in the sun

While my brother lazed in the grass,

then slew the babes of the beasts in his care.

When I made sacrifice, I offered to G-d

the sweetest, the ripest, the juiciest

The best of what grew from the sweat of my brow

My brother, his crooked smile,

His pile of rotting meat on the altar–

The scent of roasting fat

To whom can one appeal

when G-d is unfair?

I was not even allowed to be downcast.

G-d himself chastised me.

Sin is crouching at the door.

Yes, I opened the door and sin sidled in.

It’s a sin to hate your brother

But hate him I did, smug face, second born

Everything given to him because

I was the first fruit of my mother’s sin.

So perhaps sin was ever my lot?

The rock in my hand felt correct

Felt true, the crushing of his skull

a mellifluous crack, a satisfying shatter

In that moment, I understood my brother

For the first time, the joy of the kill

The power, the potency

The way the earth drank of his dark liquor

Avid for it–the greedy earth, so familiar to me

I’d fed her before, I feed her again

The blood of my brother, his brains, all that he was

All that he would ever be.

The greatest gift it was indeed.

I left him there to nourish the earth.

Then, a voice in thunder:

“Where is thy brother?”

The All Knowing, the Sky Father, asked of me.

“Am I my brother’s keeper?”

Turns out that G-d is as fond of sarcasm

As I am of loaded questions.

He denied me the fruit of the earth.

The earth cares not, I thought. The earth is indifferent

And now she’s indifferent to me.

It’s fitting. There’s nothing I could give her

That would taste as fine as Abel’s meat.

Then G-d passed His sentence upon me

Touched His finger to my forehead

oh how it burned, the torment of His judgment

That I should walk and all should quake to see me

But none should ever touch me, lest he

suffer the wrath of G-d.

A punishment? This? An eternity to walk

This land that despises me

To bear sons, to build cities

To rest never, to cease never.

The truth? The final secret?

The blood of Abel was delicious

And G-d supped on it and found it good.

A better sacrifice than lambs–

So now I Am Who Am

Has an unquenchable appetite

For the gore and essence of mankind.

So I walk, unburdened by family

To bear witness to a G-d

Who loves blood, who quaffs it

As ravenously and indifferently as the earth.

The distant stars my roof, the furious earth my bed.

None must  harm me. All must quake to see me.

That is my punishment.

That is my reward.

For the dirt under my nails

For the sky that  makes the rain

And the sun that shines above

For the grass beneath my feet

For the bees that kiss the flowers

And the breeze that cools my cheeks

A psalm of pure devotion

For the child who loves me so

For his innocent devotion

And his pure, untrodden soul

A hymn of fervent thanks

For the accident of life

For the force that forms the molecules

And keeps the stars apart

A paean of deep gratitude

For each moment that I have

For though I bitch and moan a lot

I’m glad for what I’ve got. 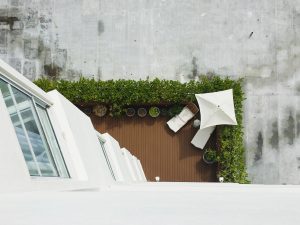 Sometimes I dare myself

To stand close to the edge

fear reminds you that you’re alive

The pit of my stomach drops away

to a lower floor

What if I need to hold onto

what if I decide

To swing one leg over the railing

See how it feels?

Then the other, dangling.

Contemplating the plunge savors of liberation.

My life is not lacking in gravity

It’s rife with the

The uneven distribution of mass

The curvature of spacetime that pulls

Bodies toward each other

Ah Newton, you old virgin, telling me about

“the law of attraction of the bodies of the solar system”

Which everyone already knows deep in their bones.

The bigger the body, the more you are drawn to it

The more you want to allow

Your slippery hands to release–

Your ass to slide from its seat

“nor are those bodies always truly at rest

which commonly are taken to be so.”

How did he know how badly I want to jump?)

To allow the body to surrender

to the ineluctable, the inevitable–

For those few moments

Between letting go and coming to a stop

I would feel untethered, a loose particle

A lie, of course–the opposite is

True–nothing would be holding me up

But hurtling downwards is merely my body

Obeying the immutable laws of the universe

The illusion of flying without wings

Is the purest delusion

Fettered as we always are to the heavy.

Will always call me back

To slam, full force, into its

So I step away from the edge

when perhaps the embrace

of the larger body

A lamb, waiting for wolves to take my meat

When monstrous teeth sunk deep into my flesh

Changed the molecules of who I am

And now I raven, wild beneath the moon.

When monstrous teeth sunk deep into my flesh

I howled with the pain of transformation

And now I raven, wild beneath the moon

Pretending to be human in the day

I howled with the pain of transformation,

Infected by a bestial honesty.

Pretending to be human in the day

Is hard when I just want to rip out throats.

Infection by a bestial honesty

Changed the molecules of whom I am.

It’s hard when I just want to rip out throats

Of lambs, waiting for wolves to make them meat.

For you, I have so many words

For me, you have none

You live here, a ghost in the flesh

Until the summer passes

And you haunt some other place.

Awaiting the growth of the

to mow, to shear away

Maybe it was peace at last? Who knew?

We both tried to kill it, though

It’s dying by inches each day.

And my implacable enemy

But I forget where we were

Were we trying to forgive?

Or trying to separate

So that it will be less sad

And that’s how summer passed

Without any rain to make the grass green again

Do I hold on before it’s too late?

For you I have so many words

But there’s no point in saying them

Because you forgot where we were

Maybe it’s not a place we should try

To recall, to retain

Maybe this is not something we should try