As she stands beneath the trees,
Dancing with the sunshine that falls through the leaves,
Facing the north, so that the left side of her body catches golden fire in the evening glow,
I am reminded:

The beauty of light would be lost without shadows 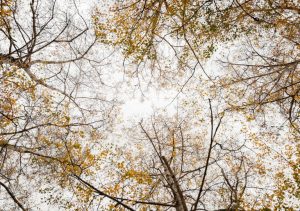 What will it take to show the world that I’m worth keeping?

Burn in the waste of all the time you spent, your precious moments

If only for one passing phase

I’ll stay until the skies change

Who tasted the moon and so carelessly called it honey?

I fear I have worn my welcome

What if your love for me turned bitter by the morning?

I’m drifting with the shifting winds

Your hurricane is threatening to break my wings

Your heavy breath draws me in

His head spins like clockwork, ticking away without pause.
Many nights, the apprentice discovers him leaning up against his desk,
Crinkled eyes closed,
With his sketchbook open in his lap and his old feather quill in hand

In the day, those skilled hands work tirelessly towards the unfamiliar
To build what wasn’t there before
To create the un-created
To bring ideas to life

But, ancient and gnarled as they are, his fingers tremble over his creation,
So that the tiniest pin slips from the pliers, and rolls beneath his workbench

On knees and elbows, the apprentice retrieves the pin
And steady do the younger hands work
Under the thoughtful and meticulous eye of the Inventor.

One night the apprentice finds him asleep in his study, and he does not wake up.

Without the Inventor’s wizened watch, the apprentice wavers
The trifling tasks of daily upkeep become tedious,and the Apprentice grows weary of the work he once adored. The workshop, which was once so welcoming and warm, has become a dreary husk of it’s past.

With resolution, the apprentice sets off to somewhere else, locking the shop door on the way out, carrying only a journal and the Inventor’s old feathered quill.

The apprentice walks and walks, and eventually finds someplace new.
In the journal, the apprentice writes about everything unfamiliar.
Soon the apprentice begins to record the story of every person in every place,
Learning all they have to know and bringing each of their ideas to life.

Once that is written, the apprentice can begin writing a new story.

Pieces of past hastily patched onto my skin in the form of
Ugly makeshift collagen, stitching over my damage
Nourished and replenished with the rest of me as a part of the whole

Needles bleed into incisions.
The open wounds, thirsting for antiseptic, willingly drink the laden ink,
Realizing their mistake a moment too late;
The moment it takes to sterilize – Paralyze – The helpless cells.
They don’t stand a chance against the poison.

Their battle is forever embalmed
Frozen in time by scar tissue

We age.
A spot appears for every story, A crease appears for every original thought,
So that someone could trace your skin as a map of your life
And read the dents and blemishes as easily as they read these words,

If only they would take the time to truly see another person.