I go for a walk, every day through my village
Whatever weather, rain or shine
I wander along the quiet village road
And on the air taste the sea-salt brine

Sea birds call and soar and twist
In the air above my head
The village itself is still awake
With the scent of pub chips, as they lay out their spread

Here be dragons mark the places on the map
Marking the point where facts and knowledge ended
And the wild places of the world beyond.
Where dangerous monsters dwell

Perhaps one day we will discover
A way for both dragon and reality
To live in the same world
But then again, perhaps not.

Perhaps all we can do is dream…

If I ever had the chance

To sit upon a throne

I would be ever grateful

To have a kingdom of my own

I don’t want a massive empire

I’m not too OTT

Island kingdom just for me

By an Island, I mean tropical

Not the bloody Isle of Wight

Or the Bahamas would be alright

Of course there would be people

In whose lives I can assist

As I would need somebody

To rule with an iron fist

I would give them education

The best attempt I can

And it would be comprehensive

About how great I am

I think that would be fine

It would be a peaceful island

Cos all the weapons would be mine!

Is it wrong to have a statue?

As a cliché it’s rather old

I don’t mind a bit of criticism

But if you really push it

Your outlook will be bleak

I mean I have to have a prison

It’s a requirement to govern

It would have to be humane of course

I’m not a total tyrant

I don’t want to take the mic

But I’ve been told I can be a dictator

Though my friends just call me dick.

We are each of us, imprisoned

Here in this very room, each of us are being watched

Checked up on constantly

Our every action seen and catalogued

We obey their rules

In the hope of receiving a reward

Are you one of the well behaved?

Far more powerful than ourselves

An individual more in control of our lives

Than any nefarious Gestapo or Stazi

The most complete network of control over human life

That the world has ever seen

Every Family in the world.

No lock can bar their path

And no door can prevent entry

We may wish to resist but no one can

We can’t stop him

My only tool my bottle,
In which I hope to capture fire
A bizarre form of Prometheus
Seems to be to what I do aspire

How strange that I feel the need
Perhaps this pastime too will pass
I hope I will release it, not
Keep it imprisoned behind glass

Oh Captain my captain, our ships going to sink
Storm winds and tornados, for once, did you not think
That taking us into the stormfront so brazen
For all our passengers would be less than amazing
Soon our ship will be sinking, the fat lady sung
The band finished playing and our ending has come
But must we observe tradition and go down with the ship?
It’s a bloody ferry from Liverpool on a cross Mersey trip!
And most importantly, no one ever said
That you’d ever hit an iceberg fresh out of Birkenhead!

That each year is just the same

Swarming off the aircraft

Tattoo Tank-top up the front

A promising start you will agree

A chance for British Envoys

To Explore the world Cos back home its cold

So we’re fleeing it in convoys

Found the bags but bloody hell

Could ask for help, but probably not

Of lads bags tramps and louts

With tits that’ve fallen out

A whole new world we could explore

But the food is weird and smelly

SO what did you do in Lanzerote

I fucking watched the telly

In the bars its always on

It may have escaped your notice

Back home is also shown

Why drag your ass from out your chair

And inflict yourself on Spain

If you only sit in bars, swear at football stars

Then Fuck off home again

But when the sun goes down

Screaming kids gone off to sleep

You get your party outfit on

It’s enough to make you weep

But I hate to burst your bubble

I’d hate to think this wrecks it

But you can’t afford the drink here now

Cos you voted bloody Brexit

So climb back on the aeroplane

Your skin red, charred to death

Next year, I think we’ll stay at home

And ruin Blackpools week instead

First
Soft cool pillow contrasts
With the warm sunlight cascading through the window
A long languorous stretch, satisfying snap as muscles come back to life
A soft stumble to the door, following
The sizzle and smack of frying bacon

Even Later
The tickle of fresh crisp grass on my back
The merry glugging of a cold drink being poured
The warm glow in my belly
After one pint too many
As like the bacon, I softly sizzle in the sun…

Tomorrow
Headache, burning skin
Too much beer and sun,
Knew that I would suffer, but I knew then and now
It was definitely worth it
A perfect day… 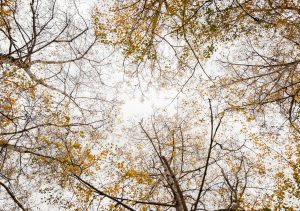 But as I lay back, I realise
Why I’m looking at this angle
While staggering home I hit a tree
Now I’m on my back, my limbs in a tangle

I’m drunker than I thought…

Do I call you Grandad? Or Grandpa. Gramps?
We never got to meet so we never got to clear that up.
To be honest I’m not sure I like any of them.
You do have a pretty distinctive first name though.
Valentine Hennessy.

I think Dad is disappointed that we never got to meet.
He often talks about you.
Says it’s a shame that you had your accident before Mum got pregnant
He has a lot of stories about you.

I do wonder how much of what he tells me is true.
It can’t all be drunk man from Dublin stories.
I wish we had met. I’d have had my first beer much earlier.

I’d like to think that we’d get on. I’m a wannabe performer too.
Some call me a show-off.
It would have been nice to have another one in the family I could relate to
Someone to play off?
Then again, maybe that would have gotten annoying eventually

It’s strange to write this for you
I feel I should tell you about my life
My hopes and dreams
You know, the standard stuff.
But, Dad says you’re like me (or I’m like you)
You prefer talking than listening.

There is only one picture of you in the house I remember
It’s one of you at Mum and Dads wedding.
You look absolutely shit faced!
Rum and black in one hand, a cigarette in the other
You don’t look steady on your feet.
Your grin is something though.
Kind of proud and cheeky
Like you’re laughing at a punchline only you’d get.

If it turns out there is no afterlife then I apologise for wasting your time.
If there is one, I hope we can meet up someday and properly have this conversation.

I’ll probably find you near the bar.