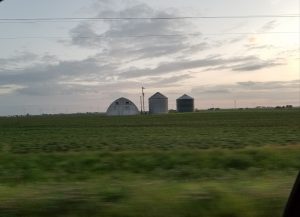 From the feeder corn that made this all possible
The crops worth much less than the land
The beating heart of the nation
pumping syrup
through the veins of the tribes
Out of many one- you die with no heart
But life’s hard when you don’t got a brain.
Still, having no mind is a boon to your courage. 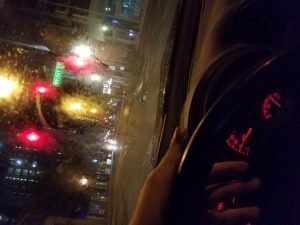 The power’s still out and all-night walmarts are closed

And the world is instantly thrown back 100 years except there’s a glowing universe in everyone’s pocket.
I’m sure this inactivity a nice band aid
on the gaping wound that is the environment, economy, everything.
But it can’t be too helpful because the power is only out on this street. We are forgotten. I suffer in the ghetto of nowhere middle west.
And yet I am fatter than 90 percent of humans who ever lived,
and most could not imagine my pure abundance of stuff.
Yet me and my neighbors are poor.
We’re unhealthy, we do drugs, shootings are a common occurance.
The greatest contradiction
One that seems to shake the human condition to its very core
Was the invention of the mcdouble
And a society that made its poor fat
Read more
Downtown is empty and the crows bitch and moan.
“Where’s our damn French fries? Where’d our monkey servants go?”
“They’re not leaving their metal beasts,” one crow intoned.
“You fool,” replied another. “Those beasts EAT the monkeys, everyone knows.”
“Are we too reliant on monkeys?”
“Let’s send out some spies!”
“It’s a monkey conspiracy!” the murder’s neurotic crow cried.
“They’re plotting against us fosho!”
“Quiet you dullbeak, enough with your lies.”
“The monkeys are scared,” croaked an old crow,
venerable and wise.
(And he secretly knew a monkey, and plays with his shoe ties)
“The monkey groups are fighting. And there’s a monkey curse. If too many gather, the monkeys will die.”
The crows nod and murmur as if deep in thought.
But really they just want their fries.

Crow chatter is an omen, pure neutral. Same with magpies.

Bend it till it breaks
Ancient Irish wisdom
Fail like you’ll die as soon as soon as you win
Your gottdamn life’s at stake
Too bad about the girls though,
Sex is too expensive
and comfort sits out until it gets cold
That’s why god invented whiskey
It never gets old
Fail so spectacularly
That half the people at your funeral fucking hated you
And the other half thought you were a hoot
if anyone remembers to show up at all

Water from the sky,

Fortuitous for us soggy chunks of carbon
We dance until we’re thirsty
then We drink and give thanks
And the lightning
Evidence of the lost technology of the gods
flashes and cracks its threats
As if to say
“Although our time has passed
We are still in charge.”
Read more

The sky is the highway forever and the world below is flat
and the dream of flight fills the air with dust
and coats the seas in gasoline.

Every child who isn’t hungry
goes to disneyland
to question the concept of the state.

We’re no more than a day away
from our brothers and sisters
all around,
and the rich try to escape to space
before it’s all too late.