Stardust is the stuff
Of which we’re all made
What is the nature of stardust
What is its colour and shade?

The incandescent beauty
Of the diamond-dusted star
Is what all life is made of
It’s what we all are.

Eons ago all matter was formed
In the cores of giant stars
And now we specks of Stardust
Fight our petty wars.

Why do we create differences
Why do we feel we must
Fight each other, when we’re all
Made of the same Stardust?

Hitchhiker’s Guide to the Galaxy

Someday, for sure, I shall need this guide
For the galaxy is a hundred thousand light years wide.
I shall evolve using bio engineering and AI
To take my rightful place in the sky.

Oh, wait,  the sky is an illusion, but not me
I am a solid carbon-based entity.
But that is exactly the reason, you see,
That I’m unable to cross the galaxy.

My brain can possibly expand and grow,
For I use only 5 percent of it now.
But can I myself handle the reality
Of starfields stretching to infinity?

My mind is frightened of what lies beyond
The reach of my science, the grasp of my hand.
Perhaps all our minds need to meet and merge
And then a new human wave can surge
Outward into space.

How insignificant these tiny things
Depending on wheels,
Or on metal wings.

Moving along pre-set ways
Unable to grasp, to understand
The immensity of the sky.

I ride an updraft, glide on high
Spot with my stereoscopic eye
A red car stopped beside the freeway.

Maybe the driver has slowed his pace
To take in the beauty of nature’s grace
Of the greensward or the trees.

I can move any which way
In the sky, my 3D space,
The sun on my feathers
The wind in my face
And so..
I pity the earth-bound human race. 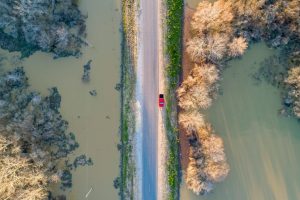 Among those tiny coracles,
A mighty masted ship!

I reached the Cafe after a sleepless night
A major deal was pending, my nerves were strung tight
The client was flying in from the other coast
So I ordered a coffee and one slice of toast.

I then got a message that his plane was delayed,
I ordered an omlette, my nerves were getting frayed.
I had to rearrange the morning’s schedule
I really needed to put this deal through.

I wiped my lips and decided to wait some more,
A bell rang over the Café’s swing door.
It was my client, he’d taken an early flight
I welcomed him with a nervous delight.

“Nice place,” he remarked, “Let’s talk after we order,”
I knew I’d have to try even harder
To smile as I forced down my second breakfast
But soon I became so fully immersed

In my spiel, that finally I shook hands on the deal
And that gave me such a delightful feel
That I returned to the office, where I gloated
Over my coup, until my tummy grew bloated
And I went home with a huge tummyache!

Dead? No, a city always seems alive
It throbs with life from eight to five.

Later, it puts on neon glitter
And parties till midnight or later.

Its towers stretch their arms up high
And breathe out smog into the sky.

Often, it flushes its wastes to the sea
Through a river, although recently

It’s woken to responsibility, has grown,
And recycles, reuses, that which was thrown
Away.

The city can never go back to its past
Become again the village that it was.

For the flora and fauna that make the Earth whole
And nourish humanity, its body and soul.

Long hours of preparation
The competitive exam,
The application process,
And after, not knowing
Not daring to guess
Whether I’ve done as well as I thought.
As well as I ought–
After the long hours of study.

Pitting myself against
Unseen forces
Hoping I’ll get
Into University
With my chosen courses.

The ping of my laptop
Heart thudding to a stop
The fumbling finger
Scrolling down to linger
On the one word– “Accepted” !!
On to the “What you are expected
To send in…”

That one moment of pure joy
When fear gets lost
In what seems like the distant past
The moment that I savor most
Touching that longed-for goal post,
Not even the moment after
When the thrill has dissolved in laughter,
But that exact moment of acceptance
Is the height of exuberance.

Hissing, spitting, rearing his hoods,
The five-headed snake held sway
Over the Yamuna River long ago
So the legends of Krishna say.

Poisoning the waters, killing all
Who chanced to come that way,
Making life a misery for
The cowherds who had long lived there.

Krishna, the young boy, climbed up a tree
Whose branches stretched over the water
And, avoiding the forked tongues,
on that snake’s head,
He jumped, shouting with laughter.

The people watched aghast as he danced
First on one head, then another.
The snake had by then, used up his venom in vain,
And to the river ran Krishna’s mother.

The diluted poison was carried downstream
And the snake fled away to the sea.
When his friends asked why Krishna
Had let the monster go free,

He replied, “Well, he didn’t mean any harm
He was just following his destiny.
If he’d been deliberately vicious,
It’d have been another story.”

Men lived much closer to nature then
And all life was highly valued,
Now we’re focussed only on our goals
About interdependent life, we’ve no clue!

The world depends on symbiosis
All earthly life is interlinked
The disappearance of a single species
Could lead to a domino effect…
And all life become extinct!

Once these were busy thoroughfares
On a green and sunny day
Water rushing up from the roots
Processed food being carted away.

This was an oxygen- processing unit, too,
Till the air itself turned into fog,
And the winter chill settled itself down
To write the leaf’s epilogue.

A delicate tracery of veins still remains
Which will crumble away soon, although
Artists may immortalize it, poets show
How much we humans owe..
To the humble leaf.