The sun has risen

Almost in a teasing manner

Ever so slowly burning my tired eyes

Yet playful as usual beckoning the day

For I need to rest these weary eyes

But dear writer I already miss you so

And making the birds ever so loud

But you have fun dear sun

I will catch you at your sleep

When the birds have gone

And my eyes can

I miss the smile I had in your arms

I miss the cool softness of your touch on my head

I miss the pooling of sheets on this sweet bed

Aww sleep how I miss you

Soon you will be mine

I will enjoy you for many hours

Perhaps till the end of time 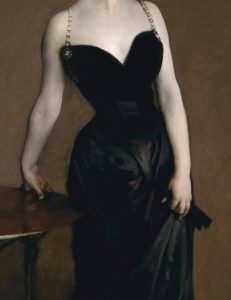 He watched her but she knew he was there

She was no fool to a quick drawn affair

A muse she had been

Many an artist painted her bones

But she sought more than a brush could give

Playing to the night

romance and danger to live

but alas her coy nature

landed again in the artists picture

He gave me roses

He knows I hate flowers

How cliché can you get?

And it wasn’t even a simple red rosebud

With blooms so big I could cover my face

Maybe that’s what he wants

Or maybe just to cover my mouth

You think they would stop

But they are machines

The smoke billows from mouths and pipes

As they inch across

Attempting to get closer

As the smoke chokes

And then it is done

No amount of screaming

Lay on the ground

Not even an afterthought

The men have left

I couldn’t help but feel the pull

The moon, the stars

The universe was made for me

And in its arms

I tried to climb

To reach the top

Out of my comfort zone

No one told me how hard it was

When you start at the ocean floor

Drowning a bit in realization

I continue to rise

Getting to the surface

I struggle with the steps

Oh, wait I am swimming

But I see my mountain

The clouds have left

Just as I have it in my view

The clouds they come again

Hiding the cracks I need

For how am I to grasp

My heart, my breath

I stare into the mirror

The angel on one shoulder

Or the devil in my mind

When the devil shows her heart

I find it hard to look

Because I know the angel quit

An easy loss she took

She fought for a minute

But what do we expect

The bar isn’t closed quite yet

I hate living in this shoe!

The tongue is leaking

And the stupid brats are everywhere!

I have lost my mind

And that is only since noon!

The laces are worn

There is no room

I can’t catch a break!

Is it naptime soon?

Some may say fire was invented by man. But everything was now wasn’t it. What you know has been told by tongues you understand. To resonate deep inside. But what if I told you the true story of fire. When the dinosaur roamed and the world was lush. There were no humans. Not yet anyway.

It was one very long day when the sun had been up for at least 20 hours. All the animals hot and all very exhausted. A tiny little bird only 3cm wide flew into the sky. Much higher than before. As its wings began to slow he perched on a cloud. So small he was the cloud naturally obliged. He rested a moment and went on his way.

Up and up he flew, he had a message to give to the sun, the sun he hardly knew. He had a plan to sing the sun to sleep. A sweet little lullaby. He got to the sun and boy was he tired. He could not muster a single note. The sun felt for the little birds journey and blew him a kiss, a sign of love for his scurry. Little bird burst into flames and fell to the earth. Ashes sprinkled like rain.

His plan had failed. But the sun could not stop crying. Darkness came and the rains they poured. Little birds ashes pooled in a puddle. When enough tears had been shed the sun shone again. And out of the ashes on flaming wings he came

A Phoenix he was now. On wings of fire he graced the sky.