Interview with a Legend

My feet aren’t really that big
I mean, I’m a big guy, sure,
But my feet are in proportion to my size
If you wanna talk big feet, you should see Nessy
Just sayin’

And I’m not “shy” or “elusive”
I’m just an introvert, okay?
Why do you think I live way out here in the woods?
I need my space, that’s all

Yeah, it’s kinda lonely being me
The last of my kind and all that
Well, you’ll understand once your habitat gets destroyed

Well, gotta lumber
It was nice meeting you, Elvis

How long? How long can this go on?
How long can I stand this fate?
Wanting nothing but to be touched
Caught in this ceaseless mandate 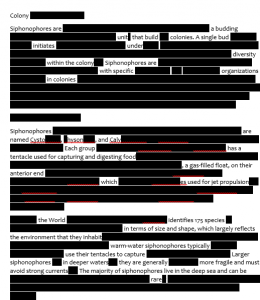 These masks are ours!
The disguises, ours!
The shrieks and howls and growls are ours!
It’s our world tonight!

These sacks are ours!
Those treats are ours!
All the candy in the world is ours!
It’s our world tonight!

The bright moon is ours!
The black night is ours!
All spooky things of fright are ours!
It’s our world tonight!

One day he brought home a cabinet Victrola
Four feet across and standing on spindly legs,
it boasted two compartments for records
and a front panel that could be slid away to reveal the horn
But the magic happened when you lifted the lid

Here, in a velvet lined compartment, lived the turntable
A lever underneath it controlled the speed
Next to that, a small built-in dish held spare needles –
some made of steel and some made of wood
We learned to lift the arm and replace the needles often,
especially the wooden ones, which didn’t last long

Before a record could be played
someone volunteered to turn the crank
At first, we worried it could be over-wound
But a resistance built up as you cranked,
so the last go rounds were slow and hard

Somewhere we found a stash of records
big heavy 12-inch disks
that withstood a steel needle’s abuse
We listened to Count Basie, Tommy Dorsey,
Fess Williams and his Royal Flush Orchestra
and many, many more a lot less famous

When the power went out
and TV, radio, and high-fi were of no use to us
we’d open up the Victrola
An ordinary cabinet revealing its secret self
like an enormous pop-up book unfolding
and play the records at half speed for a laugh
searching out the silliest lyrics
each discovering a favorite or two

Our Victrola – a little trip into the past

In cotton fields, Bessie stood
And looked up in the sky
Oppressive heat filled Texas days
But one day she would fly

In Chicago, Bessie worked two jobs
To pay to learn to fly
But she had to go to Paris
To learn to rule the skies

Bessie earned her pilot license
The first Black person ever!
The skies belonged to Bessie now
Because of her endeavor