Dear Jill from the Past,

I am proud of the accomplishments you made in your 20s. You helped a lot of people with your writing and never asked a thing. But, if you could change anything from your 20s and early 30s, I wish you would have seen sooner how used and abused you were by friends, associates, and some family members. These people did nothing but take advantage of your helping nature and, in their own ways, hurt you. While they created experiences you used to heal yourself through writing, I know deep scars remain. Forgive yourself. You were only responsible for you and all you did was to try and help or protect these other people.

Your light still shines brightly. One day, you’ll see it in your daughter’s smile.

By the light of a moonbeam
That peeked through the night fog
A hush grew over the concrete dock
I peered out my window
As I grabbed my coffee from the top shelf
When suddenly, I heard a gigantic crash
The ground shook and the fir tree in the yard splintered
“Damn!” I yelled “What caused that?”
I would have thought about an earthquake
So sudden and disastrous
But only the tree was touched
A lone canteen washed up beneath the deck from out of nowhere
My suspicions grew
I had to explore
I hopped on my untouched, unmoved jet ski and searched
But found nothing
To this day, I’ve no clue what caused the commotion
But, sometimes, by the moonbeam
That peeked through the night fog
When a hush grows over the concrete dock
I hear moans beneath the sea
A suspected shipwreck and the ghosts of sailors passed

He asked for three things:
A bottle of Coke, a package of cheese and peanut butter crackers
and a ham sandwich

He hated dialysis
and diabetes
and kidney failure

He never wanted these things… all at once

The rural scenery is something I miss
The pig farms, the cornfields, the hills, the trees
And I would totally be remiss
To not mention the changing leaves
The coming of age, the small town life
The slower pace, the lemonade
The games and hobbies, the firsts, the strife
The lost industry, the traveling, the meetings, the parade
The learning, the laughter, the tears and the marvel
The trails, the rivers, the friends, and the rivals
The train tracks that ran through the middle of town
The two traffic lights, one most always out
The shops and the churches
A fountain of youth
Where childhood memories
Held immaculate truth
Those days are long gone
Yet I miss them still
The good ole days’ song
I’ll ne’er have my fill
My roots are there, planted
I sprouted and grew
I took it for granted
The best times I knew
I miss the simplicity
The slow, steady pace
But cherish their memories
With infinite grace
My heart longs for home
The cornfields and trees
The pig farms and train tracks
And life filled with ease
But maybe one day, we will go there again
Back there to the place
Of what might have been

Trapped in a narrow and hollow abyss
As the time slowly tick-tocks away
The four walls grow smaller, the scenery dulls
Each minute, each hour, each day
There’s much time to think about life as a whole
The journey of trials and truths
As the cool, darkened room eats away at his soul
Its glory, its vigor, its youth

Where once a young man had casually stood
Professing his will and his way
A graying, balding and beleaguered soul
Stares stoically forward, this day
A product of errors he made in his past
Repented but alas still his own
His sentence goes forth; his judgment long cast
As he lives out his days all alone

A murderer, yet not in the known sense
A soul that left his family
Or did they leave him for being so dense
To disrupt their love and harmony
His wife and his kids, collateral carnage
Tossed away for his mistress, M.J.
The drug of his youth that led to his habit
Of harder drugs along the way

He now spends his days as the four walls grow smaller
Alone with each what might have been
A longing to change the past as he knew it
And to start things all over again
But his home’s now a prison, where love once existed
A penance for each choice made
He’ll live out his sentence and carry his burden
Regretting love was his charade

A vision in white
Friends and family near
A wedding some time in the distance, perhaps
The details exact, all the way to the cake flavor
Sunshine, roses, fragrance abound
With one element missing
A face
That face
That special face
The groom
To look into my eyes
And promise forever
Not once is the face visible
No looks
No idea about his family
No details at all about character
Excitement so vivid and yet so obscure
When?
Where?
And better yet, who?
Will I ever know?
Will it ever become clear, years later?
The ultimate dream come true
A face coming into view
Even unseen, I know I’ll always love you
My person
My face in the shadow
My Unknown Groom 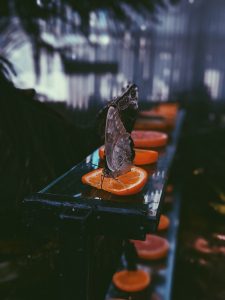 Sweet nectar breathes life into a dark, dreary day
As the moth reflects on his changes
From a small caterpillar, crawling high on the orange tree branches
To the moth now sucking the orange juices to subsist
A dichotomy exists; the cycle of life
From caterpillar to cocoon
From seed to sprouted fruit
Both the orange and the moth have their purposes made clear
As one life continues, so too one must end
The orange, unknowing, the moth be its doom
The moth, now knowing the orange be its lifeline
And yet, they need one another in a narcissistic way
For one’s survival and one’s immortality

Eleven years, a swimming pool and memories
Worry, peace and later loss
You feared the heat would do me in
When hours later, a heart attack claimed you
In years since, the pool and memories
Pay homage annually to let you know I’m still okay
You’ve missed so much
My family; your granddaughter
But the water and her love for it
Remind me that you know I’m doing alright