If I was thin,
Nothing could stop me.

Don’t go where you’re not wanted.
Be nice, say thank you, be sorry, don’t tell the neighbors our business…

Not toxic shame, but some healthy guilt was often the fuel behind the words. She was consistent with them and she was insistent. This was what she needed to feel Okay.

But there was anger in that home. And it threatened the semblance of normalcy as it lurked around the corner, just out of reach of her control – Potentially triggered by the spontaneity of her children.

A church scene – a boy and girl sitting in the pew taunting one another behind her back as she sat in the middle, a referee, an obstacle that we had to reach around. Then I felt it, a barely imperceptible yet sharp, stabbing sensation, a tiny series of baby pinches Administered in quick succession to the soft flesh on the inside upper arm designed to bring us back in line, which of course it did.

I remember once being so angry with her – my 22 year old self,  flaunting my lack of concern with  maintaining HER facade of normalcy, running out into the yard still angry, angry and yelling, and incensed.

My brother was the topic  – she had had him “hospitalized” while I was away; didn’t want the neighbors to know.

She ran out after me, red-faced, wrinkles of desperation lining her forehead. “He was acting crazy, I was afraid, I didn’t know what to do, He got ahold of some thing and hasn’t been acting right. Renae, please come back in…the neighbors…”

“I don’t give a damn about the neighbors.” I had said. I think in fact that I had wanted her facade of normal to crack. I needed to see her suffer under its weight as I was suffering while she threw away my not normal brother.

All of us who are Here Now

can we make that be real everyday?

Can I smile, wave even…at you…you at me

and want to know each other’s story,

hold that energy for the other

and in that holding

I had the experience once…

of having someone in my life – a man to love me.

someone in the tub,

someone in the hallway waiting for me to come home.

not now…now the house is empty. No lingering man scent in the shower, no scattered tools in the garage.

what is this thing- being alone?

how does it come about?

was it written this way – that I be alone in my twilight years? I’m angry about it sometimes.

telling you how to live, how to vote, how to dress, when to be home, what to believe…

and then I think…maybe it was written this way.

The oceans floor is so pure
It’s the deep blue sea that never sleeps
Tides of joyful sounds it sings
Swish swish swish
Moments of pure blue delight
Glistening and shimmering in the night
What love is so pure and deep
Oh it’s the love of the deep blue sea.

“This drink of luminosity is always within reach. This belongs to everyone.”

Nepo you beautiful soul. It is the river of light of which he speaks.

My course has Traveled along another river – dark and meandering, it’s waters murky yet beautiful.

There is beauty in struggle – in the wood of tangled bramble and thicket.

Wear good shoes! Carrying your pain on your back as you trudge its undergrowth can trip you up. Consider too – sustenance- what gets us though it, brings us out the other side?

Do we stop to dismantle the load?
how closely should we look? How long should we stay?

There is danger in staying too long, looking too closely…not closely enough.

I know its contents by heart.

The early loss of parent,

I’ll pack it up again.

Ordering it differently this time

Kids, Army, not in that order. College at 20, 24, 28 and 40. Art, pottery, painting, poetry. English degree first; Social worker last – childhood and my marriage fed that well. Trauma therapist now – childhood and the marriage fed that well also.  I discovered poetry at 40. I wrote a lot in those years but I have fallen off since. In order to earn the masters in English I did write an autobiographical poetic thesis. So I certainly have written my share of poetry. But I know I’m rusty. I brought my mom to live with me in 2018 and she passed away last December. Not from Covid but from old age. She was 94. Right now I’m writing a book called “Mom and Me” because she was a huge influence in my life with her Dr. Jekyll/Mr. Hyde approach to parenting and because paradoxically I miss her. I’m not young chronologically however I don’t want to say my age because I don’t want that to influence anyone. I think ageism is just as alive as other forms of discrimination only it seems to be acceptable in some circles. There’s an unspoken/unacknowledged expectation that at a certain age you should look a certain way or behave a certain way and I’ve never liked that.  I didn’t do life in any kind of chronological order –  I never had a plan. I was set on a certain course from birth by other people’s behaviors as many of us are and I reacted to those things overtime. I was in therapy for a long time before I became a therapist. During the last 10 years or so my focus has been on elevating my consciousness; living in the present moment, being honest with those I love and helping others. In addition to being a trauma therapist I’m also an EMDR therapist. My life is active and interesting but also challenging and stressful. Retirement hopefully is just around the corner. I kind of want to move to Hawaii for that. This is a really cool place.

This time it was easy

let the flow come through in easy motion

I love these times

who wrote that?
me?
when?

stepping behind the curtain just offstage to write one

jumping back to finish the set

was that when I wrote that one?

ah so so much fun!

sharing thoughts and spirit with the ghosts of freedom and form

see you again next year…

Never give up on a blooming heart
One that gives light to the loving heart.

Posted By The Poetry Marathon

The following images are part of the Poetry Marathon Tradition. They are for you to do with what you want, but they are often used as a way to celebrate your success.

The official list of everyone who completed the half marathon and the full marathon will be released in the next few days. Remember if you are not on the list it probably has more to do with our algorithm than with you, and please reach out so we can correct it. 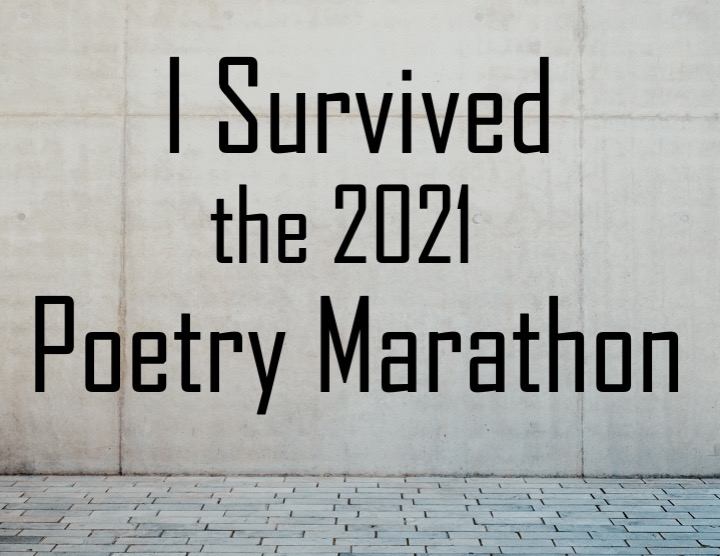 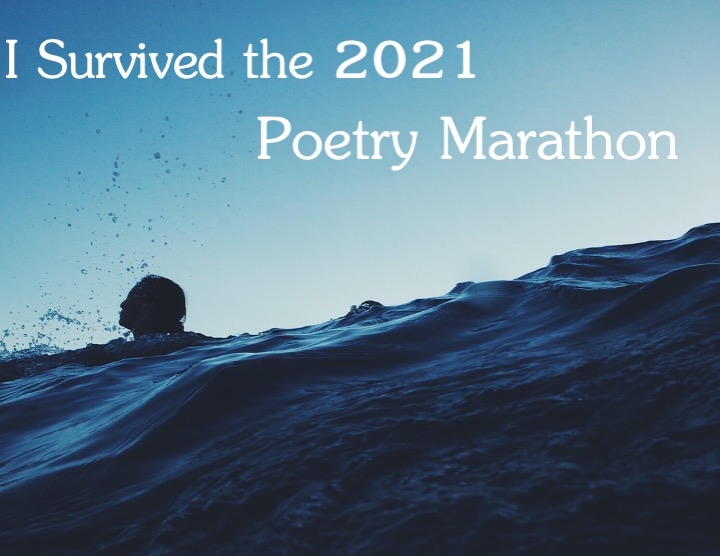 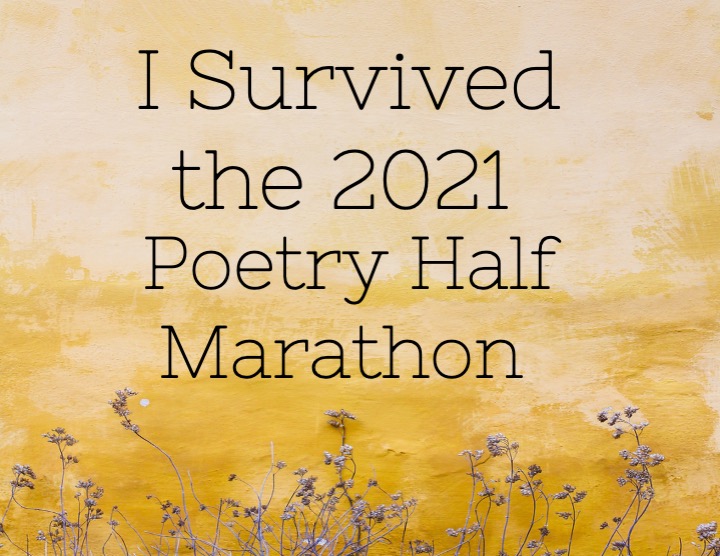