It was abandoned long before we,
ages twelve, eleven, nine
gathered enough courage to
walk through its open doorway 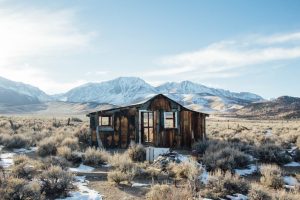 remnants of a life – lives? – abruptly,
haphazardly abandoned to time, nature
there was some history to be told, surely
some memories someone had to have
someone unknown to us had made
someone disposed of by neglect, default

the land where the house sat, owned
by a local family, who had let it sit, full of
what was once someone’s life, let nature
begin to reclaim it without obstruction

I wonder now, decades removed from
ignorance of adolescent archeology
if someone, somewhere, ever wonders
whatever happened to….whomever it was
that once lived, once left, an old house
in the woods, those few of us brave enough
to pshaw thoughts of ghosts, might have been
the last to ever give comfort to same.