I knew that I could

There was no doubt in me

When I decided this is the path for me

The way I wanted to take

A part of my Life’s Mission

As I Am walking and living in

Put on some Raja Kumari

And do or have a dance break

So grateful to have been able to partake

And rekindle this flame that Poetry and I have made

And damn I am good

This reminder that I needed

And if I should ever forget

Or doubt myself again

As a 24 Hour Participant

No longer do I need to be hesitant

About BEing Who I Am

And walking in MY SOUL’S PURPOSE

Because MY LIFE is MY MISSION

Peace In My Blood

This is what crosses my mind

As the last episode of Bones plays

And my site screen in front of my face

So, how are you doing?

I Am A marathon runner

No not by feet

By fingers, mind, and heart

This experience has been everything and more to me

For this 2019 Poetry Marathon

And accepting my Right On Vibe™

My husband is the image of God
And what I was taught God was to me
His Love unconditional
Everlasting
His Mercy and Grace abounds
And is profound
Yes my husband has done some things
That has caused me pain, tear, and heartache
And even had me questioning some things
Then again so has God
I mean come on
Have you read the Bible
No matter what he has done
The one thing he has not done
Is put me down
Hate me, blame me
When I’ve done it to myself
When I am doing it to myself
When I think and think I know that I deserve it
So used to getting backlash, hateful words and actions
Blame
When I felt that I didn’t deserve it
Though the opposite side thought and felt I did
All I can ask is why?
Why doesn’t he do the same?
Why won’t he do it?
When according to me, it calls for it
He continues to say that I don’t
He knows that I’m trying
Doing my best
He sees inside of me
And knows my soul
To the depths of my core
An un-underserving love
A sacrifice to save me
A savior
My husband is all that to me
He saves me from myself
And the lies, hate, anger, abuse
That is within me
That I continue to struggle with
And fight with
Each and everyday to do and be
A better me
So if you were to ask me
Does God exist?
My answer is yes
If you were to ask me
How do you know?
I will say
Because my husband, Allen
He shows me everyday
Love
Mercy
And Grace

Dedicated to my Huver: Allen Stevenson 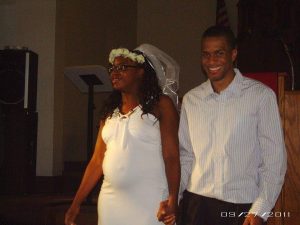 Feeling better now that I checked up on it

I will feel better once I get updated on it

Feel better about yourself

When you feel nothing at all

And if you fall get back up

Feel better that you took that step

Feel better now that you made that decision

Because you are here for a reason

Feel better because you are special

There was no mistake in making you

I am working to feel better

And I hope you feel better too

There’s a lot of things in my life

Where I ask the question Why Didn’t I?

However only one eats me up inside

When I was being a light to someone else

And when my daughter needed light

To shine on her

I left her in the darkness

Even when I saw shadows

But not when I saw a shadow over you

Was it because something in me wasn’t turned on

Or was it that I just couldn’t believe or didn’t think it would, could, happen to you too

Waking up from your dreams

Because you remembered what he had done

Then quickly to be safe and be at peace

You put on a strong a face and later said

That didn’t happen to me

And call the police

Take his DNA to the doctor

When I wiped it from you the next day

Why didn’t I trust my instinct

Go with my gut

Instead of staying in denial

It replays over and over in my head

Waiting for you to get mad at me

Accuse me of not being there

Of not doing my job right

I would deserve this fight

When the time came

For you to ask me

“Mommy. Why Didn’t You Keep Me Safe

Why Didn’t You Protect Me

Mommy I knew you were there

Why didn’t you turn the light on

And I am so mad at myself

Because I’ve been asking that same question

You deserve an answer, something that makes sense

But I have none of that

I only have, “I don’t know baby Girl.

I’ve been asking myself that question too.”

Nothing will ever be good enough

My power of Self Accountability and Self Responsibility

Failed my daughter that night

So each day I ask myself inside

So that it will never happen again

If you’re reading this right now then you made it!

I don’t have much to say

Except what you already know

Everything happens for a reason

Your life is a journey

And YOU are meant to be

Born for a reason

For your Soul’s Purpose to fulfill your Life’s Mission

You Are Darn Good 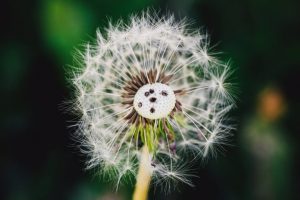 Coming to an end

I’ve done all I could do

However I will not be forgotten

My life not in vain

Because people remember me

How and why I came

Each petal that withers, and each seed that drops off

Is carried away as someone who knew me

My roots firmly in place

My spirit, my breath leaves this fleshy body

Parts of me linger in the wind

For that is why I came

I skip and hop

After I throw that rock

Down the blocks it is taking me

Even though I know

It is only across the street

However not one step further

I must turn around and

Myself on back home

“You egotistical bastard, this ain’t about you.”

“Of course it’s not, it’s always about you. You selfish bitch.”

Two daughters, stood off to the side

Hiding in the darkness

Listening to their parents fight once again

“Wanna play a game?” The first twin asked who was dressed in white.

The second twin dressed in black turned and smiled, “What’s the stakes?”

The first twin smiled, with a grin on her face, “Everything.”

“It’s your fault!” Screamed the twin in white.

“No it’s your fault!!” The twin in black yelled back.

The yelling and screaming from both sides of the room

Caused a shake and energies to go

Eve smiled at her sister and gave her hug, “I’ll see you soon.”

Then disappeared with her father.

Then they too disappeared

Leaving a quake from their shake.

As their auras travelled to a place.

Of Blue, brown, green, and white.

An atmosphere they could enter.

“Can we play again?”

Father God looked at his daughter.

“Of course you can. I’ll even give you someone to play with.”

Eve smiled as she watched her father release his sperm.

Then sent it down below to earth

“Will I be alone,” Lilith asked

Getting used to her new home.

Mama Universe shook her head as she looked up to the sky.

Knowing everything will be alright

To intersect with the sperm above.

“Right on time,” she whispered in the sky.

“Go on Lilith, what you seek is hidden and right before your eyes.”

Lilith smiled before rushing off.

Making sure she was gone.

And no one was in sight.

Up into the great heights.

As her starry hills and mounds twinkled bright.

Let’s drop some meteorites this time”

Then jumped into the bed.

Pulling the clouds up over them.

Hidden yet could be seen with flashes.

And heard through the rumbles.

Of their love making and fucking.