Sun is up and I am not soon to be up with it
as much as I welcome its arrival, indeed, herald it.
I look out the window, amazed at my amazement.

Between two and five, the danger hours, naps offered
an illusory sense of rest; getting off the sofa
to turn off my alarm only intensified my sense of isolation.

Ron having gone to bed hours ago, is already up. I laughed
to myself to hear his rustling, and smiled to see his face.
Creature of habit, he’s never used any alarm but his own body.

I had already filled the coffeemaker’s vessel and while Ron
washes his face, I scoop coffee into the basket; ironic I won’t
be staying up long enough to share a, well, more than a half-cup.

Ron’s making me breakfast, which he’ll place in the microwave for later.
I smell the coffee, still listening to Dylan, and look forward
to visiting our windowless bedroom where forbidden is the sun.

I was to interview Martin Amis, who was in town
for a reading of the book, which had gained some bad blood.

In England, A.S. Byatt was leading a one-woman battalion
claiming Amis’ sizeable advance was so to pay alimony.

I was so blissed out to interview Amis, that I went out and celebrated
my pending interview by getting a spring cold.

It was deemed that since I had no fever, I could keep Amis
as though I’d let my fellow contributors nab him.

So, I hoofed it over to the Plaza hotel where he was staying,
excited and a little high on cold meds.

When Amis interviewed Capote, he mentioned asking Capote
to sign In Cold Blood ; my editor was dubious my asking likewise.

I arrived early, sans my copy of The Information, a decision
I still kick myself for today, and ordered a cup of tea.

While I waited for the tea, who should walk in but Amis,
glancing around and seeing me with pen and recorder came over.

After introductions, Amis drew out a piece of paper to show me;
on a cocktail napkin, someone had solicited his time.

Amis was genuinely confused and seemed to be seeking confirmation
that this was an odd overture; I agreed that it was.

As fascinating as was the conversation, I never was able to drop
my recorder and retrieve that cup of tea before it turned cold.

Don’t tell me the 30s are the Golden Age of Hollywood
when the real magic was when the 60s auteurs came of age.

Those 30s musicals were glamorous escapades designed
to make the poor forget they were poor; they paid
five cents a ticket to pretend they were Fred and Ginger

In the 60s, directors threw out the norms and the pretenses of
old Hollywood and they electrified the screen with fresh ideas.

Bogdanovich, Scorsese, Coppola, Freidken, Peckinpah, and others
took their knowledge and influences to places no one predicted.

Before the studios knew what was happening, someone must have agreed
“Don’t tell me the ’30s are the Golden Age of Hollywood.”

In the 60s, directors threw out the norms and the pretenses of
what old Hollywood thought was a story and made indelible changes.
Some drew influence from their predecessors in their own lauded films.

Others drew a line in the sand and refused to commit
anything to celluloid that wasn’t part of their personal battle.

I assumed a model was hired by the record company
to link arms with the downward-looking Dylan
and be photographed traipsing down the cold New York streets.

They neither of them wear gloves,
but it must be cold since she’s layered
and Dylan’s jacket was thin because “image was all.”

They lived together in Greenwich Park for three years,
then Dylan went on a tour and began dating Joan Baez
around the time Suze wanted to travel and study art.

Don’t Think Twice, a song in which Dylan sings
“You kind of wasted my precious time,” is on the album
and it’s also about Suze, which seems awfully hard to comprehend.

Yet, there she is on the cover, smiling
as she walks down the street with Dylan
on the cover of The Freewheelin Bob Dylan.

They used to knock on doors in pairs, young believers
selling The Watchtower.
I forget which – oh, no, it was the Jehovah’s Witnesses.
And they always wore ties.

We lived in an apartment in Belton and a man
in the unit next door had some
semblance of religiousness, or, at least
that’s what he made clear to my mother when
she had to ask him for a jump one morning
when her car didn’t start.

I think I was waiting for the Kinks song
to start so I could hit play because I had
a cassette recorder, but there was a knock.
My sister got to the door before me,
but there was the religious man.

As we both stood there, he admitted
his sin, that he’d made up reasons
to be outside to look at us
before we caught the bus to school.

Then he asked for our forgiveness,
and I guess we nodded our assent to such.
Not much later, we moved and never saw the religious man –
that one, anyway – ever again.

Three mayors ago, I lived in a fifth floor apartment
that overlooked a park, and the whistles of the trains running
through
the West Bottoms competed with the arrivals at the downtown airport.

All my boyfriends and my mother, too, wondered how I lived.
All I knew was I was living in the city
and living by the Whitman code.

Sure, Jones and Kresge’s were gone,
and I don’t remember getting ice cream home from midtown without it being melted,
but I had red lights in the dark outside, a mattress on the floor, and
couscous over the kitchen sink.

I wish I could play satin host
to hungry Dylan and peckish Smith
and prepare a multi-continent feast
in drawers just like they paid to pull.

To hungry Dylan and peckish Smith
would I offer culinary delights
in drawers just like they paid to pull
when Cassavetes was just around the corner.

Would I offer culinary delights
if the Asbury options permitted
when Cassavetes was just around the corner
and Timothy Carey played Solitaire in the back booth,

but lost to the pocket of his wife’s jacket.
Silk traps more rings than satin
when Cassavetes was just around the corner
and no one’s dreams were in sepia at windmill pace.

If the Asbury options permitted,
my guests would be served it with history cakes
and no one’s dreams were in sepia at windmill pace
like a State Fair souvenir.

Silk traps more rings than satin
but on windy days, no one’s begging
like a State Fair souvenir
for the quarters lodged in mid-century slots.

You’ve got no nerve to walk down this street
at night, but you know someone who did –
and phoned the cops
when he passed a man carrying a machete
on his way to the Avenue.

Why don’t you scream it
that you’ve been waiting on the same bus
that’s not going to take you
anywhere you planned on going.
If my grandmother were alive
during Covid and living off Truman still,
she’d be captive and when you got her going,
you’d know you pissed off the wrong woman.

But there’s nothing really to turn on
except a hydrant on a day so hot
you could fry an egg on the sidewalk,
but the wrong people need all the comforts
and the veneer of pity coats Admiral in
tents and wrinkled green plastic bags approximating the same
when the force shows up to haul away their makeshift village.

Makes it all seem so cruel that
someone – not anyone who could afford to cash it in –
bought the winning Powerball
that was sold at the gas station that serves
as a waystation to the denizens of a part of town
people call home for
its proximity to an intersection to hold a sign.

The last of the fires had been extinguished
and we had left the books required
to teach the flock.
We had dinner in a haze
but asked the crustaceans
for forgiveness before
pouring butter
over their boiled shells
and the meat
before stabbing
at our plates.

Over coffee and dessert,
we begged mercy
for the labor
required to harvest the wheat,
to grown and pluck the beans,
to smelt the silver for the dinnerware,
and the women to bear the laborers
who served our courses.

Who were we but God-fearing Patriots? 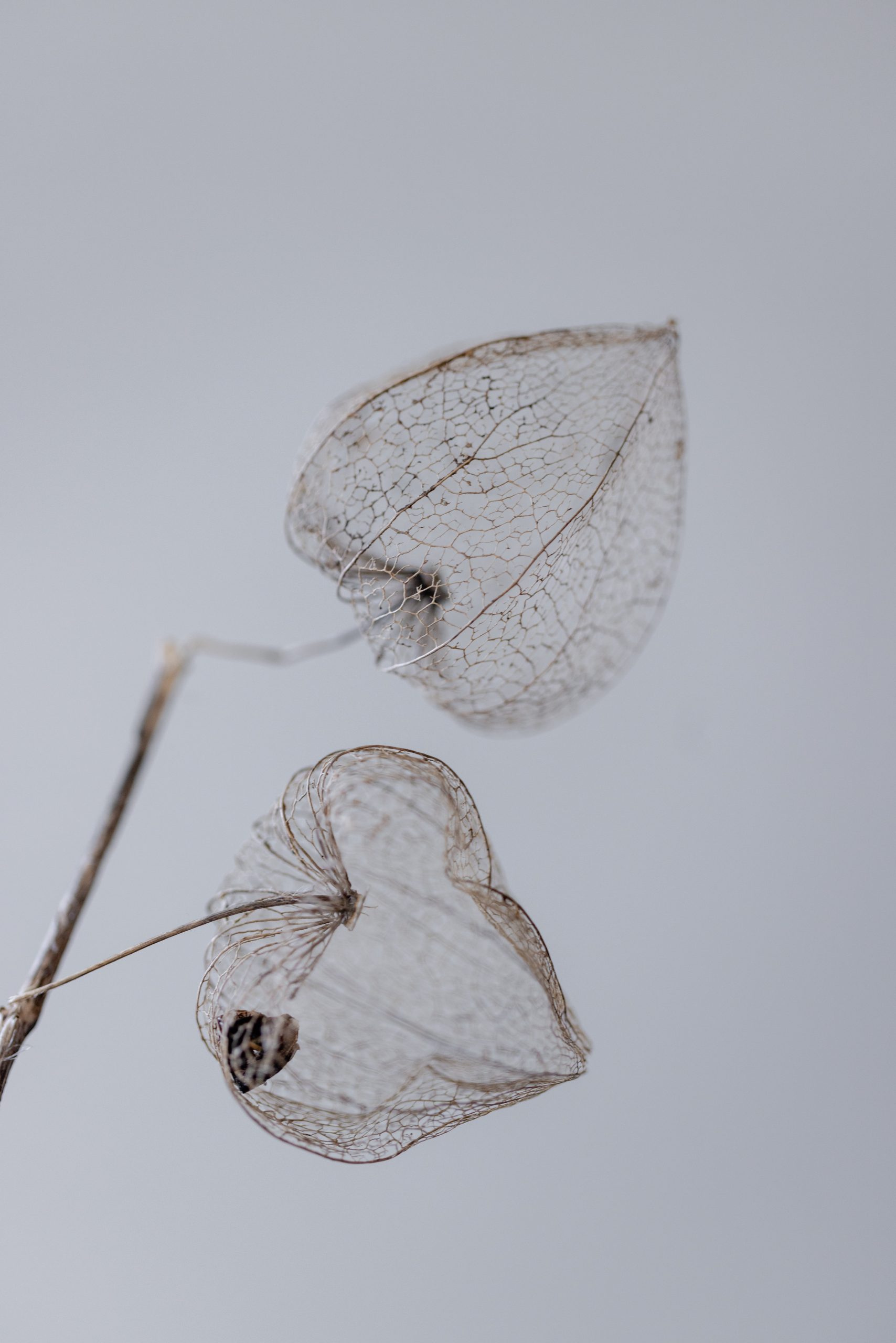 Gasps of organic matter stand frail sentry
in your doorways.
Willow wisps, meadow grass, chuffed wheat stalks, prairie blades
in every color known to Pantone
are referenced by your hosts.
All of your agents are thanked
and all of your rooms explored
no matter how similar.
These studies in skeletal flora
occupy molten pots heavy enough to be moveable only by Hercules
at pivot doors that reach the sky,
and we are hushed as we enter.
Rooms that will never be inhabited are set
as though for an episode of a late ’90s dramatic series
in which every girl wore plum brown lipstick and
every boy ran his hands through his hair
to indicate concern.
Still, there’s no lack of effect
in how unaffected every element in its undone-ness is.
For all its impenetrability,
– with its home theater, its bathrooms that outnumber its bedrooms, and its panic room –
the structure might as well be a dandelion.