I cannot say I knew this man…
For I met him only once.
Of course, he touched my heart;
By the roles he portrayed.

His death was a shock. . .
To his fans, such as I.
And more to those close;
Where he was just himself.

We know him heroically;
A savior or a sinner.
For he portrayed them both;
And oh so brilliantly.

His voice was that of dreams;
Low, slow and massage for the ears.
His way was sure, gentle…
How could he really go?

We’ll have him for lifetimes…
In vaults of other roles he played.
My memory will have him…
Upon the stage, and moments after.

Still, it hurts to think that’s all;
He left all too soon.
At least, for us who knew…
Knew him only for an hour or two.

>> Alan Rickman will be missed. I am so happy to have seen him perform on stage at BAM, and get this photo of us together — and a great story behind the pic. Ask me later, and I’ll tell you! <<

We danced each night.
In the soft moonlight.
You reached for my hand;
And brought me to your chest.

We danced body and soul.
Together as one flame.
Your eyes gazed lovingly into mine;
There was no spotlight, yet, we shined!

We moved in fluid gentle motion;
Not one on the outside has a notion.
If they knew we were chosen.
They would cry, they would kneel.

While we danced through the years;
To heal our bodies through such war.
You have whispered secrets to my soul.
Yet, lost the rhythm, and are no longer whole.

You can only dance in my dreams…
Now you are broken at the seams.
As your brain bled upon itself…
You lost that half of yourself.

And still, we dance in our heart;
I am here and there, as you wish.
We speak, we dance in the mind;
You are my knight, one of a kind.

Her long light brown braids, bouncing on her back as she ran to her new bicycle. 6-years-old she had just learned to ride with the two wheels. Her Daddy was there, to set his little girl free. He sent her only down the block. The innocence of little children before they become jaded. Proudly, she giggled as she rode back to Daddy’s safe arms. By then, Mommy had come out to see her first ride, on her own. Since it was lunch time, Mommy took her gentle small hand into her warm bigger hand, and lead her inside for her favorite. A peanut butter and jelly sandwich! Daddy put the pink bicycle safely near the front door. After lunch, she wanted to ride again. Besides, her pink t-shirt with the fringed bottom, and her lacy pink shorts and her favorite pink shiny sneakers; she had to ride by her best friends house, one block away. And off she went, and she never arrived, or came back. They found her bicycle in a field two weeks later.

She flew on pink wings;
We turned around and she’s gone.
We should have held on.

Money is not the root . . .
of anything.
Except, it is the KEY…
to how we live and trade.
Money is just made…
In various ways.
Nothing fancy in the beginning…
Ink and paper;
through a machine it goes.
It becomes our CASH.
Then, it is distributed …
to the good and evil.
And sometimes NOT! 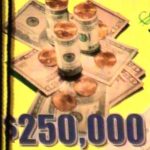 Money can be the root…
of all that is good!
It can build schools…
Churches…
Homes…
It can be used to feed the hungry…
if food needs to be bought.
Of course, donating can be direct;
Not of money and money alone.

Still, money comes into play…
Let’s do with it what we will.
To see as bad…
To see it as glad…
Often makes it so;
Based on what you believe.
Let’s be glad and happy . . .
Then, we can achieve.

Yes, I hear you…
Playing that crap so loud.
No respect for a neighbor…
In these new age times.

No, I’m not really old…
Love that good old rock and roll;
Just not mixed with your anthem;
Of a different time or culture.

Why do you play it so loud?
Making you and your children…
Suffer with the ringing ears!
And me too, you fool!

If I hear it in my crib…
And I never use that word:
I heard it on your rap…
Like it was in my room!

Turn it up louder…
You are in for it!
Out comes my karaoke…
And my singing . . .
My screaming . .
Into a microphone and amp;
“Hit Me With Your Best Shot“!
Just for you…
And thank to Heart
“If Looks Could Kill”

>> My anthem to neighbors who love to play their music so loud, it sounds like it’s in my room! <<

It’s a glitch . . .
What a bitch!
I cannot believe this…
Another deadline, I miss!
My PC is a real dick…
It makes me sick!
I try the iPhone, in case;
Eyeing thru the cracked face.
They say it’s the best…
Yet, they break after a test…
Simple tests, space is full…
Oh, please, this is total bull!
I can barely write anymore…
Because it’s now a real chore!
Dependent on the computer…
Who has time for a suitor?
Yeah, I can answer my love…
Never met, when push comes to shove.
He is Nigeria, he tells me…
An Engineer, a millionaire, you see.
He needs my money…
If it weren’t sad, it would be funny.
Middle-aged, overweight much mean rich…
Yeah, truth is, I’m a bitch!
If I had the money…
It’s for me, sorry honey.
You want me for your wife?
Then support me for life!
Computers lead to scams…
But some of us are onto their sham;
I gotta sign out and unplug…
Clear the wires from the rug!

She never knew a mother.
She heard of love…
From some customers…
In the heat of their passion.
She felt none.
Then he came to her.
He only spoke with her.
He wanted to save her.
He tried, she was changing…
Her freedom was in death.

She never knew a mother.
Though many women were around.
She heard of love…
And never saw it.
From some customers…
In the heat of their passion.
She felt none.
She was beyond tears…
Beyond emotions seen in others.
Customers cried, laughed, yelled…
And called her ugly names.
Then he came to her.
He only spoke with her.
And called her beautiful, important!
He said her name, with kindness.
He wanted to save her.
He tried, she was changing…
She was understanding what love was…
Some sort of feeling about to be born.
Her freedom was in death.

She never knew a mother.
She heard of love…
And never saw it.
She felt none.
She was beyond tears…
Beyond emotions seen in others.
And called her ugly names.
Then he came to her.
He said her name, with kindness.
He wanted to save her.
She was understanding what love was…
Her freedom was in death.

How do we mesh?
We desire the flesh…
To re-unite with our own;
Twin flame as we are known.

Are we not whole?
One solid, beautiful soul!
In this body of fingers and toes;
Happiness, sorrow and so many woes.

Why must we meet?
Does apart in some way defeat…
A purpose we have to see?
I just want us to be “we”!

What if we do not relate?
Will the destiny be too late?
There must be a way to live;
To be complete, with all we give.

Twin flames or sacred souls?
It really is the choice of role.
Be strong knowing that within;
We are together and act as twins!

Before darkness was dark…
It made all creatures blind.
They heard the singing of a lark;
And heard only words of the kind.

Before darkness was named;
It was just the absence of light.
It was not sin, nor shame;
There just was no insight.

Before light was born;
There was just the whole;
The darkness we did not mourn;
We were the light within the soul!

>> Not sure it makes sense, yet, I am enjoying doing two poems an hour. One my own, the other based on the prompt. <<